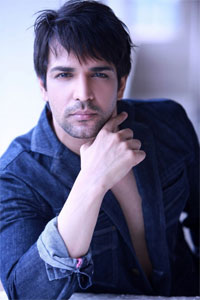 The show will see the introduction of a whole new family who will accept Geet into their house whole heartedly. Prashant Chawla will soon enter the show in a typical Dabangg like character.

Our source states, "Geet will seek the help of this new family in Amritsar. Prashant Chawla essays the role of Tej, who is the bread winner. He has a mother and a younger brother. He has a complete hold on himself and his family; yet respects his mother a lot. Tej is a stern guy who commands a lot of respect in society. New face Ahwaan plays his younger brother. Actress Janvi plays the mother".

The creative team is busy developing the new story line. Prashant Chawla has started shoot from today, and his entry is expected by the end of this week.

When contacted, Prashant confirmed the news and said, "Yes, I am entering Geet Hui Sabse Parayi. My character is that of a stylish and mature guy Tej who gives shelter to Geet in his house".

Let's see how the story proceeds from here…

chavvi.prasad 7 years ago Drashti Dhami You are great dancing diva
waiting for jdj to get on air

chavvi.prasad 7 years ago u r the bessst actress on TV!!
love u Drashti Dhami;!!

ChannelizedWing 7 years ago Hiii Drashti Dhami!!!
You did a great job as
Geet
you are a brilliant actress
love the way you perform all the
emotional scenes
you are a wonderful actress
no matter what the haters say you
are the best
hoping to see you in first rank
next week
have a nice day!!!

ChannelizedWing 7 years ago Drashti Dhami I always enjoy
watching you on TV. You are a
fab actress with great expressions!!!!

anjeli 8 years ago drashti you are very very gorgeous. love you angel. please come back with your new show. you are wonderful actress. god bless you

jannatdrashti 8 years ago drashti i love you. i am missing you. please come back with your great show. you are my rock star. god bless you.

sumny 8 years ago drashti you are very very sweet. love you. come soon with great show