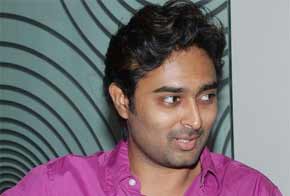 Tamil actor Prasanna, known for films such as "Sadhu Miranda" and "Anjathe", couldn't have asked for a better new year. He is happy with the line-up of films in his kitty.

"Starting shoot for 'Kalyana Samayal Saadam' today. 2013 has started off well with a good line-up. For the first time doing a Telugu film with Nagarjuna sir," Prasanna tweeted.

He also has two more Tamil films in his bag.

"Also a film with my friend Marimuthu who did 'Kannum Kannum' earlier with me and next with Arun Vaidhyanathan and Rajan Madhav," he added.