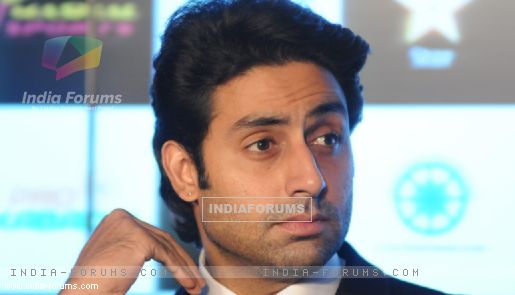 Abhishek Bachchan can be one of the biggest prankster in Bollywood. And he proved it yet again during the shooting of "Happy New Year".

One of his favourite on-the-set pranks is to send out messages from his co-stars's phones. During the shooting of "Bluffmaster", director Rohan Sippy and co-star Priyanka Chopra found text messages being sent from their phones that they never would have sent themselves.

And now Abhishek has revealed himself that during the shooting of "Happy New Year", he sent out mischievous tweets from director Farah Khan's phone, praising himself.

The tweets included messages like "Abhishek Bachchan on the sets...so excited..He's just the best", "This Junior Bachchan is fantastic!" and "I wish all my actors were as accomplished and professional as junior Bachchan".

On the "Happy New Year" special episode of "Comedy Nights With Kapil", Abhishek let the cat out of the bag about his own prank.

A source from the show's team said: "Everyone on the show - Shah Rukh Khan, Sonu Sood, Vivaan Shah, Boman Irani and Farah were having fun. But Abhishek was a real sport. He took a potshot at himself regarding the self-praise from Farah's Twitter account! It was really something."

Speaking of phone-related matters, Abhishek also said that the Bachchans are obligated to have at least one meal together every day. And phones are not allowed on the dining table.