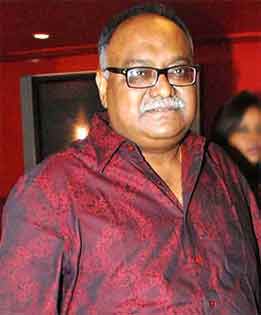 After "Mardaani", director Pradeep Sarkar is toying with the idea of making a movie inspired by some of his real life experiences. He says it's half-written as of now.

Asked if he would want to make a film based on his real life experiences, he said: "Yes, there is one which has been in my mind for a while. It is half written. It's very complicated. I would like to make it, but it's too early to talk about it."

Before "Mardaani", Sarkar made films like "Laaga Chunari Mein Daag - Journey Of A Woman" and "Lafangey Parindey", which didn't perform at the box office as expected.

"My condition was very bad after that. I didn't know what to do. I used to be so sad and upset with the whole thing, but I am thankful to the media who didn't criticize much about it. I used to feel extremely bad and low.

"But, now I am feeling better with 'Mardaani'. However, now I get too scared to be too happy and just hope this happiness stays for a long time," he said.

"Mardaani" features Rani Mukerji in the role of a police officer on a mission against child trafficking.