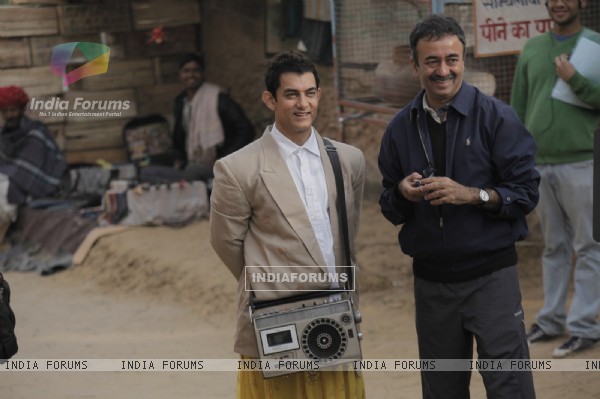 Aamir Khan, who is known to put in his best to make his character look convincing, rehearsing for the role of his upcoming movie "P.K." did not help.

The actor says "most of the scenes turned out to be different from what he had thought and prepared for".

"This happened for the first time in my career. There were many points when I used to rehearse something and a whole different thing happened when the camera started rolling," Aamir said Saturday at the launch of the movie's song "Tharki chokra".

The actor with the 'Mr. Perfectionist' tag says he "liked the change".

The movie details are shrouded in secrecy, which is one of the main reasons behind the built-up curiosity for the movie.

There were also reports of Aamir asking Hirani to edit Anushka and Sushant's scenes after the success of "Dhoom: 3".

Refuting these reports, the actor said: "I have given several hits in my career and 'Dhoom: 3' was not my first hit. So all this is untrue."

The actor was amused by all the hype and rumours surrounding the film.

"We don't want the rumours to die down. Instead, people should keep on anticipating about the film," the 49-year-old actor said.

A major part of the movie was shot in Delhi, and the actor says he had "fun shooting in Delhi and gorging in the delicious food of the capital, especially at Karim's".