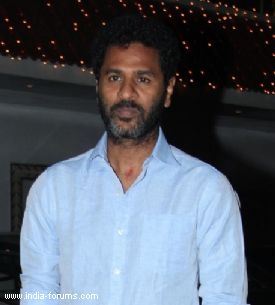 Despite a legal notice from Hollywood studio Warner Bros. claiming copyright infringement, director Prabhu Deva and his producer Gordhan Tanwani are in no mood to budge from the title "Action Jackson".

Warner Bros' 1988 Hollywood film featuring Carl Weathers and Sharon Stone released with the same name and the production house has given the makers of the Bollywood film a notice to change the title as "Action Jackson" is registered by them for the sub-continent as well.

A letter has been sent to Baba Arts Limited Production and Eros International, who are jointly producing the film.

On the other hand, Prabhu Deva says there is a very special reason why his film is called "Action Jackson".

"We named the film 'Action Jackson' because our hero Ajay Devgan is known as 'AJ' and we thought it would be a good idea to use the initials and extend it into the title 'Action Jackson' as Ajay is doing both action and dancing in the film," said the director.

Prabhudheva, who also changed the title of his previous film "Rambo Rajkumar" to "R...Rajkumar", says that he cant "keep giving in like this for every title".

"It isn't like 'R...Rajkumar' where Rambo was a patented name by the Hollywood studio. How can anyone claim copyright over the words 'action' and 'Jackson'? And since the word 'Jackson' is in my title for the dancing, we might have (late pop legend) Michael Jackson's family claiming copyright violation. We can't just keep giving in like this for every title," he said.

As for the title belonging to a Hollywood film, Prabhu defends his title.

"I had never heard of a Hollywood film titled 'Action Jackson'. Didn't it come 25 years ago? So many films are titled 'Romeo & Juliet'. Should Shakespeare's family sue?"

Aasiya Kazi Is Back In Action But Shoots In Pain

Gerard Butler To Be at the Front of Action-Thriller, 'Copshop'

No One from the Outside World can Enter Bell Bottom Sets; ...
15 hours ago
View More
TOP