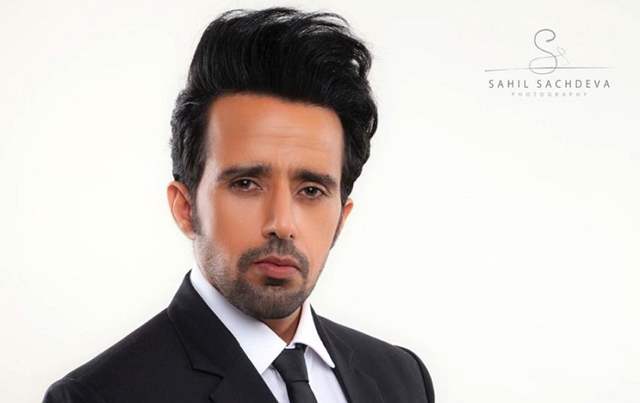 Actor Anil Charanjeett, who was recently seen in the movie Setters where he was seen playing a tough cop, is all now gearing up for his upcoming web series Booo... Sabki Phategi! This horror comedy also stars Mallika Sherawat, Tusshar Kapoor, Krushna Abhishek, Kiku Sharda and others in the pivotal roles. Helmed by Farhad Samji, it is produced by Ekta Kapoor and will stream on ALT Balaji from 27th June, 2019 onwards.

While Anil has been seen in films like Simbaa, Sanju and last in Setters, the actor also surprises his fans with his amazing act in Bhoot Purva, a web series on Zee 5. And now with Booo... Sabki Phategi, it is an interesting transition for him from movies to the digital space.

“I think it's a treat to work in both the platforms because as far as filmmakers and actors are concerned, we get to make different content and experiment with stories and characters and I see there are more positive sides of both the platforms. If we talk about web series and original series of OTT platforms, now audiences have their freedom to watch anything on the click of the button on their mobile phones, I-pad, or laptop,” Anil shares.

“I feel that watching yourself on a 70mm screen for a limited time period is a different experience and getting the response for your work on OTT platforms is different. I always try and do different characters because I love playing challenging characters. Hopefully, in future I'll be balancing both the platforms,” he adds.

Talking about his character Sartaj, he says, “When Farhad sir called me for this character, he briefed me that my character is a little dumb but he says something really important in a fluke. Even for his co-actors, this character is a bit irritating but at a few points, it really helps to take the plot ahead. We went with the Sardar look because I wanted to look different. When it came to costumes, we wanted the character to look very modern and well dressed and at the same time he should look funny to others with his behaviour, unlike his own world where he is serious.”

Sharing his experience, he says, "I had a great time working with Farhad sir and the entire credit goes to him and the whole cast since I feel that without good support, comedy cannot be created. I am sure audiences will love it.”