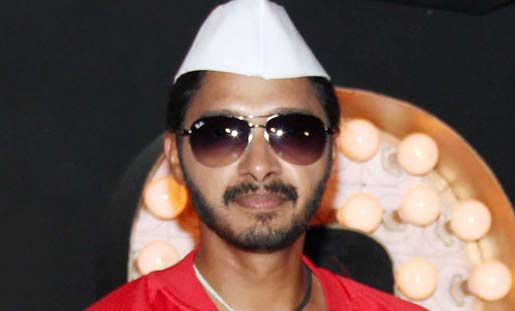 Actor Shreyas Talpade Monday filed a complaint to stop the sale of pirated DVDs of his latest Marathi production venture "Poshter Boyz", which are selling like hot cakes.

Shreyas, along with "Lai Bhaari" producers Jeetendra Thackeray and Ameya Khopkar, lodged a complaint with the commissioner of police.

"'Lai Bhaari' producers got to know that their film and 'Poshter Boyz' pirated DVDs are out in the market. They informed me and we complained about the nuisance. We were assured that by today evening, they will raid a few places and confiscate the DVDs," Shreyas told IANS on phone from Mumbai.

The film, which opened on 167 screens across Maharashtra Aug 1, has been produced under Shreyas' banner - Affluence Movies Private Limited. It has done brisk business at the box office.

"This will send out a strong message to the guys that they are not supposed to this. Marathi films (success) predominantly depend on theatrical business. Both films are running to packed houses, and we don't want DVDs to be out," he said.

"My movie has so far crossed approximately Rs.2 crore," he added.

Shreyas also shared that if his fans come across such DVDs, they should inform him on Twitter or Facebook, so that the police can take action to stop the illegal sale of the DVDs.