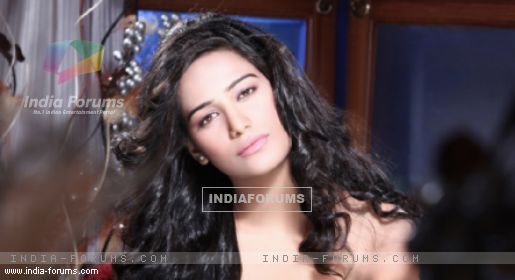 Actress Poonam Pandey, who ventured into tinsel town with the film "Nasha", says she will try to promote "Helen" in the best possible manner because she feels her debut film was not marketed properly.

Poonam's first film "Nasha" which released in 2013 did average business at the box office.

"I was quite upset because 'Nasha' was not promoted well though the movie was good. This time for my film 'Helen', I have spoken to the marketing team to spend a lot on promotional and marketing activity. I will try my best to promote this film in the best possible way," Poonam told IANS.

The 24-year-old previously clarified that the film is not a biopic on yesteryear's dancing diva Helen. According to sources, there is a famous Helen dance number in "Helen", and Poonam has been doing workshops for the same.

"This film is very close to my heart, I am more interested in doing content-driven films and this film has a very strong content. As of now, I am undergoing workshops and trying to learn some dance moves for a song in the film. It has been a tedious journey so far, and we shall start shooting by next month," said the actress, who first grabbed attention when she promised to strip down for the Indian team if they won the World Cup in 2011.

"Helen", directed by Ajit Rajpal, is produced by Sureh Nakum and Vipin Medhekar under the banner of The World Networks.