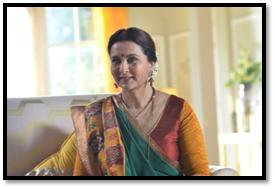 Sony TV's upcoming fiction show is titled as "Ek Nayi Pehchaan". The show will mark the comeback of veteran actor Pooanm Dhillon on small screen. The vibrant actress will be portraying the role of an amicable mother-in-law.

The show is loosely based on the concept and storyline of Bollywood's acclaimed movie 'English Vinglish', while it's also the story of self-awakening and self-respect. The show will also have Krystle Dsouza and Sooraj Thapar in the pivotal roles.