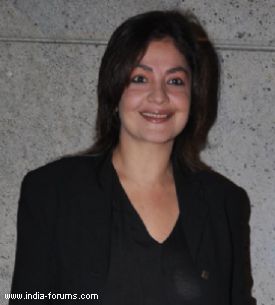 Pooja Bhatt's "Rog" released in 2005, but complications regarding the obscenity case against its poster continues. The filmmaker is still "waiting for an order" on the concerned case even though the poster has received a no objection certificate (NOC) from "all concerned".

"At my now regular haunt-court. Waiting for an order on an obscenity case for the poster of my film ROG which has a NOC from all concerned," Pooja tweeted Tuesday.

"Even though producers procure an NOC from their association and the censor board for all publicity material they still get dragged to court,"she further tweeted.

But Pooja still has hope that the case will resolve soon.

"I will get through this. Have the patience and conviction to. But when I look around myself at desperate faces seeking justice, I feel despair," she posted.

In January 2005, Bhatt was booked for using posters with a skimpily-clad South African model Elina Hamman, while promoting "Rog".

The case, filed by social activist Vinod Jain against Pooja and her company Fish Eye Network Pvt. Ltd, had been discharged by the magistrate court in July 2008 on the basis of lack of sufficient evidence. However, in January 2011, the session's court had reopened the case and quashed the magistrate court's order.

However, Pooja moved the Bombay High Court which, disposed off the complaint in November 2012.