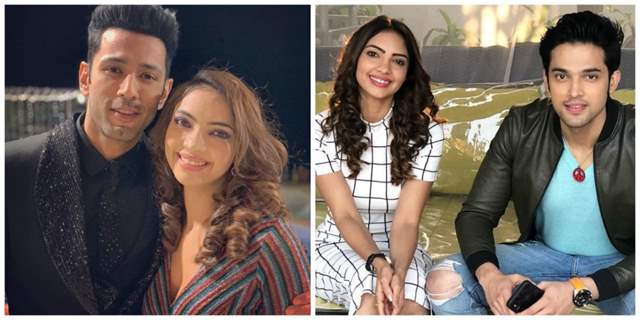 Star Plus popular show Kasautii Zindagii Kay has been one of the most loved shows and the fans love the on-screen chemistry of Anurag and Prerna (played by Parth Samthaan and Erica Fernandes). The cast also share a very close off-screen bond and everyone including Pooja Banerjee and Sahil Anand are often seen spending a great time with their co-actors off-screen. Actress Pooja Banerjee who plays the role of Nivedita in the show also met with an accident on the sets of the dance reality show, Nach Baliye last year.

Speaking to ETimes TV, Pooja revealed that post the accident, her co-stars Parth Samthaan and Sahil Anand video called her daily. She mentioned that they both were in constant touch with her and were worried about her after the accident. She also revealed that they would always video call her and show her whatever was happening on the sets and would share how much they were missing her. Parth and Sahil would video call her for a month, everyday.

Talking about her bond with the two, Pooja mentioned that Sahil is very funny but Parth is a little serious. She added that something happens to them, when they three are together and they just forget that they are actors, celebrities and in public space. She further mentioned that they start behaving like kids to a next level and she sometimes feels that they both are, 'Do anmol Ratan' of her life.

What do you guys think of their adorable bond? Do let us know your views on the same in the comments section below.

Pooja Banerjee Shares that she couldn’t stop her tears when she saw ...

"Rhea is Being Subjected to a Bizarre & Dangerous Media ...
27 minutes ago