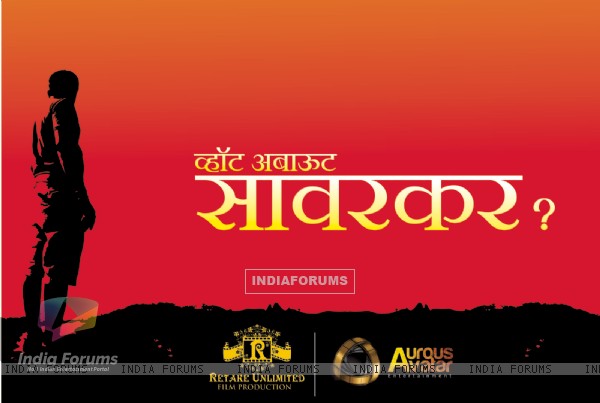 When a movie is about Savarkar, his thoughts and virtues, the makers of 'What About Savarkar?' thought of selecting some of the most beautiful poems written by Veer Savarkar himself. This was because Savarkar was not only a great leader and a freedom fighter but was also a very mature and elite writer and poet. During the course of the film, there were two different occasions where patriotism had to be showcased; some of Veer Savarkar's masterpieces have been used there.

Every Music Director has his/her own pattern of music, but the makers of 'What about Savarkar?',wanted to make a revolution in music, but at the same time they had to take care that the originality and the purity of Veer Savarkar's poems were not lost.

The music for this unconventional movie has been given by none other than Abhishek Shinde. Abhishek Shinde a new bud in Music Industry, had his own different approach to music and his passion for doing this particular project was very impressive, the way he has given music to Veer Savarkar's words, are spell bounding.

Great singers from the Marathi Industry have lent their voices to the words of Savarkar's poems for this movie. Avdhut Gupte, Swapnil Bandodkar & Hrishikesh Ranade have sung for the movie and have done complete justice to the lyrics, with their soulful voices.

The movie wanted a romantic song as well, and Avhut Gupte gave his magical touch and directed the music for a song in the movie which has been sung very well by Vaishali Samant.

When asked about the Music of the Movie Avdut Gupte says "I am Very impressed with the way the music is composed for the songs in the movie, the words of Veer Savarkar's poems are so majestic that it will definitely be accepted and praised by all"

Swapnil Bandodkar comments "I am impressed by the way the music director has composed the music and the arrangement of the songs is also done very well, I wish the whole team  of 'What About Savarkar?' all the best for the movie."