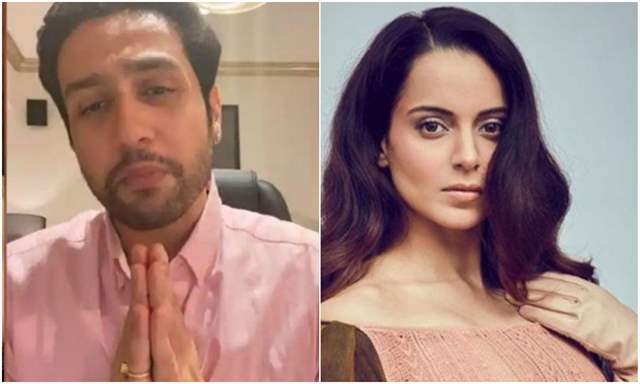 Actor Adhyayan Suman has finally reacted to his 2016 interview that is going viral on the Internet. He posted a video on his official Instagram handle urging everyone not to drag his name in 'toxicity and negativity', after the Maharashtra government ordered a probe in actress Kangana Ranaut's alleged link in drug nexus.

For the unaware, Adhyayan and Kangana were in a relationship when they were shooting for Raaz – The Mystery Continues back in 2008-09. In 2016, the actor had alleged in an interview that Kangana used to take drugs and also forced him to do drugs.

However, Adhyayan wants to remain out of this matter. In the video, the Aashram actor says, "Whatever I had to say I had said in 2016. As a consequence of which, I and my entire family were ridiculed on national television. I have forgotten that case and moved forward in life. Please don't take me to that dark past again. I have suffered a lot."

Suman added, "I don't have any relation with Kangana Ranaut. But we are fighting for the same cause which is justice for Sushant Singh Rajput."

He captioned his video as"#justiceforsushantsinghrajput. please don’t drag my name in toxicity and negativity!"