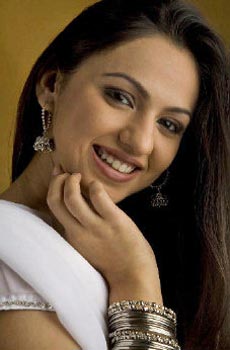 As their fans wait with bathed breath to see them shake their leg together, Priya seems to be bit tense as Jatin is not able to give enough time for rehearsals. “I am on a short break right now from Kasamh Se as I am concentrating on Kabhi Kabhii… But Jatin hardly gets time to rehearse as he is needed for almost every scene in Kasturi, and I cannot rehearse alone”, laments Priya. She adds on to say, “He has his task cut out as he needs to rehearse not just with me, but also with Shalini”.

Talking about their first-ever reality show experience, Priya quips “It’s been great. We have been waiting for this reality show to start as we could at last get to spend some time together. The going here has been hectic, but eventful so far!! We did quite well in the episodes that have been shot till now. The competition is really tough, so let’s see!!”.

14 years ago Gosh, my Jatin is all taken up

Wish them all the best

+ 2
14 years ago Poor her, well JS is surely needed for every shot in Kasturi nowadays.

[email protected] 14 years ago i wish them all the best!!
the other jodis r really good

+ 3
14 years ago Aww poor guy. Not only Kasturi but he also has to shoot for Mahbharat.Well I hope he gets to concentrate more on his rehearsals.