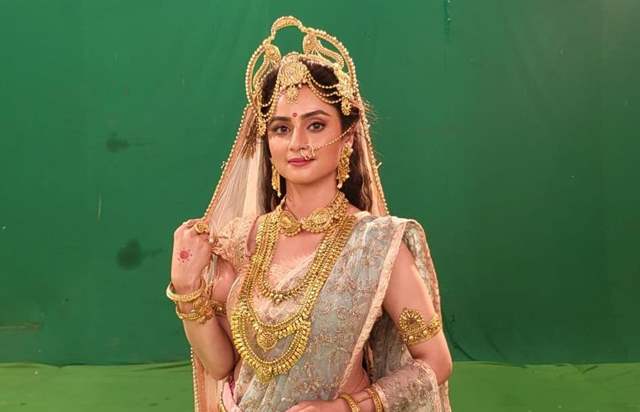 Madirakshi has established herself as one of the most sought-after actresses in the mythological genre. A difficult domain to explore given that the actor has to wear heavy costumes, jewellery, and mouth dialogues in chaste Hindi, we have seen Madirakshi do all of that effortlessly. The actress, who made her acting debut on TV as Goddess Sita in Siya Ke Ram, is currently seen reprising the mythological character in Jai Hanuman Sankat Mochan Naam Tiharo, which airs on Dangal TV.

So, what prompted her to play the character all over again? She replies, “The Production house reached out to me and mentioned that those at Dangal TV were keen on casting me as Sitaji. They followed up with me diligently after I asked them to give me time to contemplate the offer. I accepted it eventually (smiles). I would like to mention that I was finalized for the part without an audition, which is quite rare on TV. So, I take it as a compliment, because I believe that the makers and the channel have immense faith in me as an artist.”

She feels fortunate to be a part of the show, as she is a staunch Hanuman bhakt. She shares, “I visit the Hanumanji temple on Tuesdays and Saturdays.”

The actress admits that shooting for a mythological show isn’t a cakewalk. Madirakshi, who has also featured in Karn Sangini, Jag Janani Maa Vaishno Devi and Vighnaharta Ganesh, says, “We have grown up hearing and watching stories about these characters. Given the magnanimity of these mythological characters, the audience usually pins huge expectations on actors portraying a deity based on their imagination. It is a massive responsibility.”

While she is enjoying playing divine avatars on the small screen, she wants to explore other mediums to expand her horizons as an actor. She says, “I think there are enough roles for everyone. Your choices definitely come into play when it comes to positioning yourself in the industry. OTT is also offering so many interesting and versatile opportunities. So, I would be quite happy to work in a web series made for family viewing. It is a tad difficult to find a show on OTT, which can be watched with your family.”

+ 5
2 months ago Another Role As Sita Very Nice