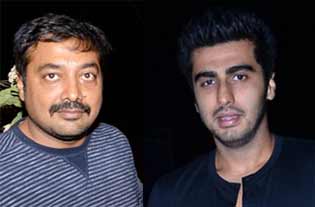 Filmmaker Anurag Kashyap and actor Arjun Kapoor have given thumbs up to the 3D sequel and visual effects saga "Dawn Of The Planet Of the Apes".

The film released July 4, and they have called it one of the best films released so far this year.

Directed by Matt Reeves and starring the king of motion capture Andy Serkis along with Oscar nominee Gary Oldman, Jason Clarke and Keri Russel, the film has received positive reviews. Even members of B-town seem happy.

"I absolutely loved the film...Better than all the big event films we have seen so far this summer," said Kashyap.

Arjun tweeted: "Hail Caesar!! #DawnofthePlanetoftheApes has to be the film of the year @andyserkis @mattreevesLA awe inspiring performance & storytelling."