A New Week comes to an end and we are back with All-Famous Pick of the week!! So get ready for the "Special Tadka".. 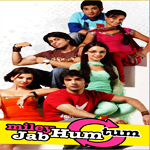 Scene of the Week: The scene which depicted the two contrasts in relationships between the two leads Viz, Mayank Nupur at one end and Samrat Gunjan on the other after the Talent Parade. On one hand we could see Friendship blooming between Samrat and Gunjan, while Mayank and Nupur got deeper fight/argument also see the Relation between Mayank and Nupur souring due to a recent misunderstanding.

Style Icon of the Week: We have a tie here, first Mayank aka Arjun Bijlani in his black ethnic attire looked extremely dashing and debonair & Gunjan aka Sanaya Irani stole some hearts in an off-white salwar suit with long hemline and tight pants matched with a pair of cream colored heels. Together they were the show's most stylish twosome who stood out in their respective wardrobe!!

Blooper of the Week: The Letter, which is the main point for the Mayur aka Mayank Nupur Track. Last time when Mayank had kept that letter he had put it inside a book, but on thursday's episode we see the same letter coming out of a file. 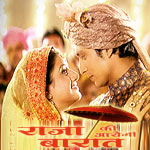 Scene of the Week: The final scene of the week where Yudi takes Rani for a boat ride. First they are standing together enjoying the cool moonlight and the night air. Then Yudi picks his wife up in his arms and carries her onto the boat, which is all decked up with hanging lanterns, surrounded by water which has reflections of the lights overhead. This is followed by the scene which showed close moments between the couple which can be termed 'Simply Beautiful'..

Style Icon of the Week: Yudi and Rani.  Rani dressed in a hot pink sari with gold border and matching choli with gold jewelry, exuded grace and elegance in this outfit. She was sweet and glamorous all rolled in one. Yudi wears a classic white dress shirt, with the top buttons undone. One end of the shirt untucked with a stylish pair of khakis and brown leather belt. He looks every inch the prince dressed for leisure. Together they made an awesome sartorial statement.

Dialogue of the Week: The scene next to the lake at night when Rani finds out that Yudishter is standing there. She cries to him and asks "Aap humse Naraaz hain to hume saja deejiye magar hume chod kar mat jaaye.Hum Aapke Bina Ji Nahin Saktein"to which Yudi replies back, "Hum aap ko chod ke kahaan jayenge?  Aap mere sanson mein, dil mein, atma mein bas gaye hain."-This is an eloquent exchange between the two because it conveys just how close they have always been to one another and more so since marriage. The language of soulmates.

Blooper of the Week: When Yudishter and Rani get on the boat, the camera briefly shows that the boat is painted with the words "Spirit of Mumbai" but weren't Yudi and Rani supposed to be in Rajasthan for their honeymoon?? But this little detail was evidently seen. 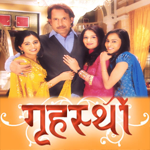 Scene of the Week: The week has seen Rano standing against all odds and everyone has refused to return to Manas. From being a timid and introvert girl, now Rano has transformed into a girl who is standing up for her rights and wants to lead her life the way she wants to. On the other hand Manas dilemma and guilt could be vividly seen in his eyes, the way he is trying to bring Rano back in his life and the way Rano is refusing every time is a tussle viewers are enjoying at the moment.


Style Icon of the Week: Undoubtedly Rishi aka Anand Suryavanshi as he has lost oodles of weight and looking fitter than ever before. Be it in his pink shirt, black shirt or his trademark White Kurta. Now onus lies on rest of the actors to compliment him and make this show better in style quotient.

Dialogue of the Week: When in guilt Simar apologies to Rishi for not being there when he needs her and when Rano accuses Manas of cheating on her and how he has played with her emotions are dialogues to watch out for, as they hold seeds of the future story in the show.

Blooper of the Week: Few weeks ago When Rano doubts Sohni and hides to hear her conversation with Manas from a distance she could not, but last week Beeji, Nacho and Amrit could hear everything very clearly even for far when they eavesdrop Manas and Rano. This leaves viewers confused as how selective their hearing cords are!!

This week's Blooper of the week award goes to the show Tujh Sang Preet Lagaayi Sajna!! 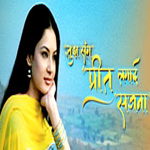 Not one but there are two major bloopers in the show which has the audience confused...  The main patrioginists viz Yug met Vrinda and he made it evident that he can understand hindi but can't speak in Hindi, which lead to some confused yet beautiful moments between the two, as Vrinda cannot understand nor speak in english... But when Yug entered in the show and he was in a Video conversation with his Dadu, he was speaking Hindi and was speaking it well...(without the bluetooth,which he usually used for translation help) May be a last minute change right... Second thing there is a boundary set between the two villages which seem to be for name sake. Be it Yug's friend and Vrinda's Friend, who fell in love with each other and met often crossing the borders, or Yug doing it now, we wonder whether there is any chor Rasta or the borders are just for convenience sake to be caught at the wrong time.. True, anything and everything is possible in the "K" Show land....so what if its without a "K" this time..

Stay tuned for the Pick of the Week, every week only on Tellybuzz-buzzing already, our weekly from the world of Television shows. Special thanks to the Dev Team of IF for their input.

Please note: There are plenty of shows and to give a fair chance to all, we try to cover all the shows alternatively! The views expressed in this article are solely by the author.


have anice night and enjoy your self love u

6 years ago Sanaya Irani you are the best miss you

8 years ago Sanaya Irani you arer a brilliant actress..

fjkanya 13 years ago come-on for all u know, the yacht might have been rechristened SPIRIT OF MUMBAI after the horrible act that was purported on the city.

+ 3
13 years ago I LOVE MJHT. they are so right about Gunjan & Mayank being the best dressed n also about the letter being kept inside a book but taken out from a file.......... lol..