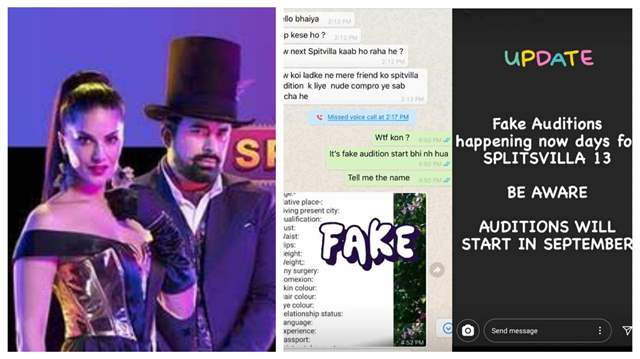 One of the rather surprising and unfortunate instances lately has been that of actors receiving fake casting calls and messages trying to coax them into something devious.

Of course, this practice isn't a surprise per se but multiple actors have lately come out and slammed the respective accounts who do this trying to get then punished.

It happened yet again recently when an Instagrammer who is associated with the MTV show Splitsvilla experienced a similar instance and went on to share the screenshots of the same warning everyone to beware of these fake casting calls. 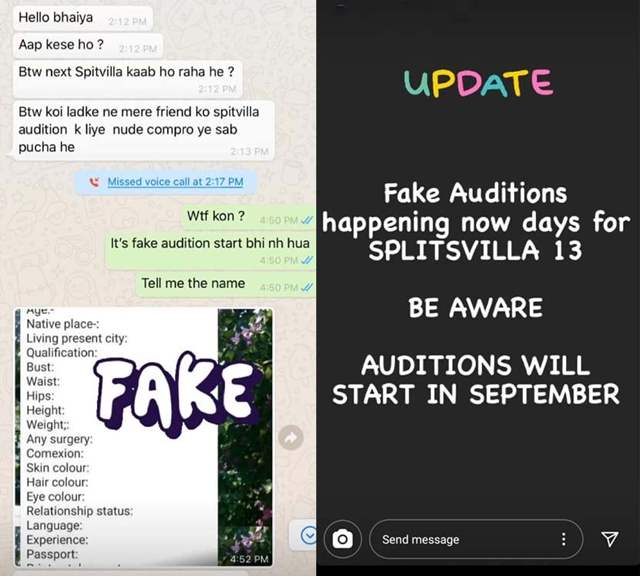 The fake casting director  is approaching various models and giving them offers to appear on the show. The person is also making unreasonable demands like asking the models to send their nudes.

We hope this warns people and they don't fall into any such pit.