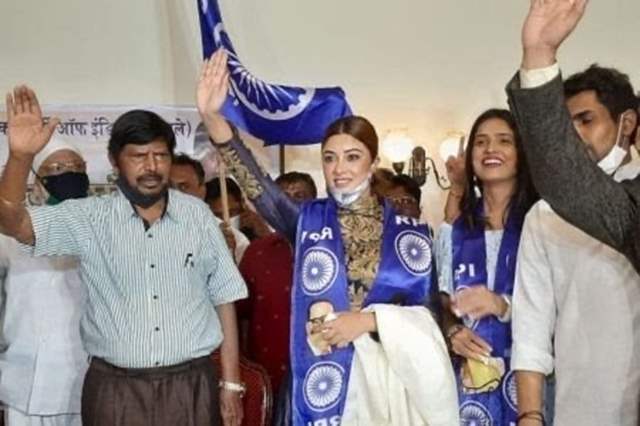 Payal has joined Union minister Ramdas Athawale-led Republican Party of India (A) in Mumbai. She has been named as the Vice President of its women’s wing.

The actress joined the party in the presence of party chief and Union minister Ramdas Athawale who said, "I thank her for joining the party and I welcome her."

It was just a month ago when Payal Ghosh made headlines after she publicly accused Anurag Kashyap of raping her.

She had filed a First Information Report (FIR) at Versova Police station on September 22 against the filmmaker. The FIR was registered under Sections 376 (I) (rape), 354 (assault or criminal force to woman with intent to outrage her modesty), 341 (wrongful restraint), and 342 (wrongful confinement) of the Indian Penal Code (IPC).

Payal had also met Maharashtra Governor BS Koshyari, demanding action against Kashyap. She was accompanied by Athawale during the meeting.

Meanwhile, Anurag Kashyap has denied all such allegations.