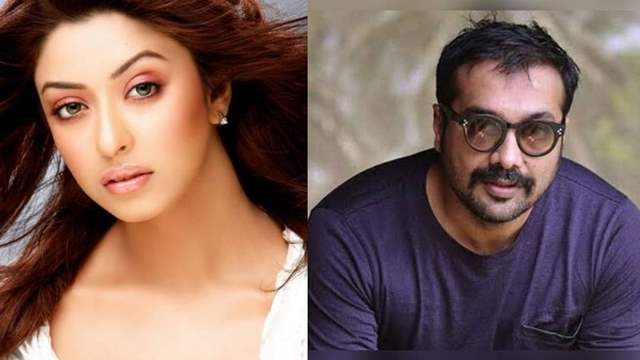 Actress Payal Ghosh has jetted off to the capital city, Delhi to meet the officials of the National Commission for Women in connection to her sexual assault allegations against filmmaker Anurag Kashyap.

Payal was spotted at the Chhatrapati Shivaji Maharaj Airport as she headed to New Delhi. Her laywer Nitin Satpute confirmed the same in his latest tweet, “Leaving for @NCWIndia office New Delhi in Payal Ghosh Case hearing, will reach Domestic Airport at 1.30 PM by spice jet.”

Actress Payal Ghosh had accused Anurag Kashyap of raping her for seven years and stated in a tweet that the filmmaker forced himself on her.

She also took to Twitter to seek help from Prime Minister Narendra Modi in this case. “Anurag Kashyap has forced himself on me and extremely badly. Narendra Modi ji, kindly take action and let the country see the demon behind this creative guy. I am aware that it can harm me and my security is at risk. Pls help!”

Reacting to her tweet, the chairperson of the NCW, Rekha Sharma had said, “You may send me the detailed complaint at chairperson-ncw@nic.in and @NCWIndia will look into it. @iampayalghosh.”

Payal also filed a FIR against Kashyap accusing him of wrongful restrain, wrongful confinement and outraging the modesty of a woman.

Meanwhile, Kashyap’s lawyer has released a new statement  denying the allegations levelled against the filmmaker and also stated that, "Mr. Kashyap has provided documentary proof of the fact that throughout August, 2013 he was away in Sri Lanka in connection with the shooting of one of his films. Mr. Kashyap has categorically denied that any such alleged incident ever took place and has also denied all allegations levelled against him."