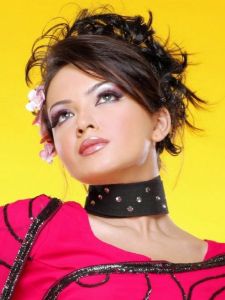 Parul Chaudhary aka Kamya of Star Plus' Tere Mere Sapne has been bombarded with offers immediately after the news of her current show going off air came into being.
We broke the news about Filmfarm productions bringing a new show on Star Desh which will loosely be based on the medical show, Lifeline. After Gaurav Chopra and Rajlaxmi Devi, we bring to you the latest actor who joins the cast.

A source informs, "Parul Chaudhary has been finalized to essay one of the vital roles in the show. Parul will play Pallavi, who is basically the head of Administration of the hospital and the lead girls' best friend which will be performed by a new face Varsha."

We contacted Parul Chaudhary who states, "All I can say is that for the first time in Indian history, I will be essaying a positive character."

Keep watching this space for the juiciest updates...

9 years ago Shes gorgeous and was the best thing about the crappy tere mere sapne.

9 years ago I WILL BE WATCHING THIS SHOW JUST TO PERV OVER PARUL CHAUDHARY!. LOL...