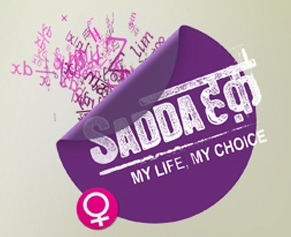 Beyond Dreams' popular show Sadda Haq on Channel V is heading towards a big revelation about Parth's past life.

Till now, it has been shown that Parth (Ankit Gupta) comes from a poor family and he has worked as a cobbler to raise funds for his schooling. His struggle hasn't yet come to a halt and he goes every night somewhere in order to fulfill his dreams.

Our source says, "In the forthcoming tracks, it will be revealed that Parth has joined a fight club to raise the funds to achieve his dreams. Vardhaan (Krip Suri) also gets to know about the fight club and he tries to make him understand that he is going the wrong way. Later, Parth realizes his mistake and he gives the winning amount to another cobbler kid. After that he mends Vardhaan's shoes for teaching him about the right morale."

Our source further adds, "Parth couldn't help Sanyunkta (Harshita Gaur) in making the model. So, she would take help from Randhir (Param Singh) to which Randhir will ask her to behave like a girl wearing bangles and girls' accessories for a few days.

It would be interesting for the viewers to watch whether the 'Tashan' between Sanyunkta and Randhir will continue even more or not and further what will happen to Parth's dreams now?

keerthyshetty 6 years ago I dont want tht Arpita come back in Parth's life!!!! Parth u rock ;)

SamriAnu11 6 years ago n tht truth is ..parth is an Amazing personality in reel life ..n in real life too ..Ankit is the best :) (Y)

.Peeves. 6 years ago Upcoming episodes look so promising. Completely looking forward to those! Param and Harshita are doing a fab job !

TonsOfWishes 6 years ago finally, parth's truth is soon to be revealed...tht wud be good to watch

this show is awesome!

sweetmadhuri 6 years ago Excited for the upcoming weeks !!!

But the fact is just that the future track is going to be Interesting... Very very interesting...!!!