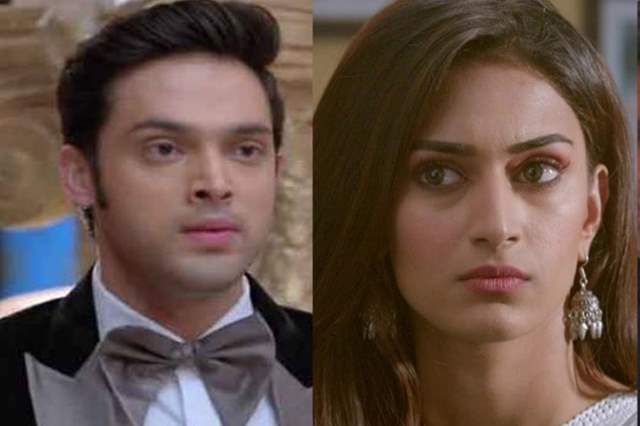 It has been almost a year and a half since Kasautii Zindagii Kay 2 went on-air and the show has managed to carve a good audience ever since especially how it has been rather consistent with its numbers even right now. One of the biggest reasons of the same has been the amazing on-screen chemistry of its leads, Parth Samthaan and Erica Fernandes. However, apart from their on-screen bond, the duo's off-screen relationship has been always the talking point.

From constant rumors about dating each other to even news about how they recently split, their bond with each other has always been in question. Even though none of them have addressed it ever since, recently in a long interview with Bombay Times, Samthaan talked about it all.

He began by clarifying that he is not dating Erica and was never in a relationship with her. They are great friends and have a lot of fun on the set. He mentioned how in his previous projects, he would go to the make-up room immediately after his shot but here, they have a lot of fun even after the shot it done.

He added on how Erica is sensitive and at times, she gets easily offended when he cracks jokes. He often apologizes to her to restore peace later. He also added that she is quieter and reserved while he is always trying to pull a fast on people. On the apparent split saga, Samthaan said how it was a hilarious story and both he and Fernandes had a laugh about it. He even added how his co-stars pull his leg by asking him to post a photo with a girl so that it becomes news the next day.

So, that certainly puts all the dating rumors to rest once and for all.

Nibuuu 8 months ago Lol! So called judgemental people again starts judging parth over two lines of an article...i mean seriously??? Before coming to a conclusion, hv u ever thought for a once why parth said those two lines (though we don't know he actually said that or not but lets assume he really said).. There must be some question from reporter about their fight on set otherwise why would parth tell all of these out of sudden..and how come he disrespects her just bcz he said erica is bit sensitive, reserved and gets offended from his jokes!!!!!! It's very common between two close friends... After knowing that how much erica is sensitive, he still continues his bakbak with laugh (which is mentioned in the article, go check it out).. This speaks a volume about their friendship.. Come on, judgemental people, get a life...though they care two hoots about your bullshits, but still they are human...don't try to become their parents... They are mature enough to decide which is good for them...If u truely love your idols, then respect their activities...if not, then ignore them..but don't spread negativity...

burnnotice 8 months ago When we assume ppl are like their fictional characters, most times we are disappointed. I thought Erica was similar to Sonakshi but oh boy, she’s so not. In reality, she comes across easy and weak. The world knows Parth’s character is not good. His shenanigans are all over SNS.

deadbeat 8 months ago Since hanging out with this loser, Erica has no identity. He’s made her conform to his crass behavior. He’s so obsessed with his new bff, (sarcasm) Ksg recently though his gullible fans see it as trolling. How funny 🙄

Nature-Happiness 8 months ago Erica was different during krpkab. I don't know if she has changed for the better or for the worse. But, like they say, changes are a part of a human's life. Unfortunately, after being the 'Prerna', she has just lost that reality check. And this is what I feel looking at her now, what I perceive of her through her photos. I don't know how she is in real life. But, as far as I know she was something different altogether during krpkab. I guess she was more 'Pure'. And I don't know anything about Parth. So, no comments. But, just hope he doesn't misuse her at all....

djcool93 8 months ago One day they’ve made up, next day he’s never dated her. His PR in overdrive! How can Erica be friendly with such a loser, is beyond me! Used to like her but recently she’s disappointed me so much that I unfollowed her. Can’t stand doormats.

columbia 8 months ago Don’t get it, isn’t he gay? How can there rumors about him dating her?