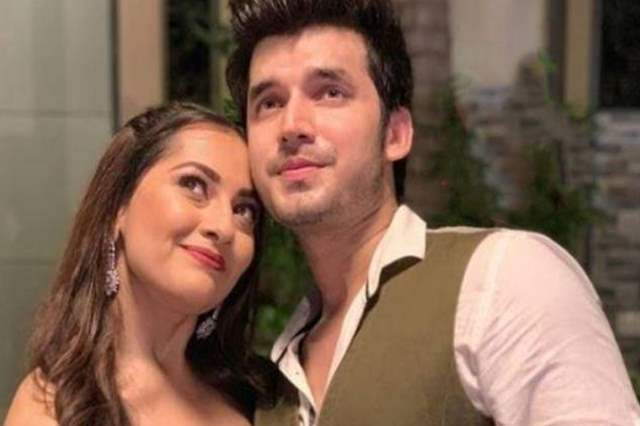 Star Plus' record-breaker Anupamaa witnessed a minor bump of sorts recently where one of the important cast members in the show, Paras Kalnawat went on to test positive for COVID-19.

It has been a few days since that happened but Kalnawat's diagnosis has not only affected him but co-star Anagha Bhosale too.

As known, Kalnawat's character of Samar and Bhosale's character of Nandini are paired opposite each other and their chemistry is also loved by the fans. But with Kalnawat not being able to shoot, Bhosale is forced to shoot less and experience a cut down in the scenes.

Talking about this to ETimes TV, Bhosale said, “Yes, there are changes in my character and my scenes have been cut. Since Paras can’t shoot, all the upcoming scenes between Samar and Nandini have been cancelled for now. Currently, I have lesser scenes and I’m mostly included in the family scenes.”

Given that they are romantically paired in the show, when asked about her reaction of knowing him testing positive she said, “When he tested positive, I had just reached the sets. I was told that they were testing the entire cast and crew because of that. The first thought that crossed my mind was Paras’s well-being. I wasn't scared of testing positive because I had no symptoms, but the thought did cross my mind once. Paras’s health was my main concern."

She added, "I keep checking up on him regularly. Sometimes all the cast members go on a video call with him. Paras is doing well and we hope he gets back on the sets soon."

We indeed do hope Kalnawat is back with good health and rolling again.