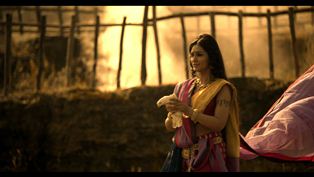 Ever since the promos of Colors' magnum opus and historical period drama Chakravartin Ashoka Samrat have premiered on-air, the television industry has been abuzz and speculations have been rife about the actors who will be roped in to be a part of this magnificent show.

Popular television actor Pallavi Subhash has been signed on to portray the role of a timeless heroine Dharma' Emperor Ashoka's mother in the show.

In what may be recollected as one of India's rich and cultural heritage, the compelling story of this Great Emperor will be written by the acclaimed and contemporary author Ashok Banker, who will be making his comeback to television after nearly two decades. This mythological retelling on Colors will captivatingly showcase the journey and life time of Emperor Ashoka, from his rise to power to his state of penance after the gory blood-bath in the historical battle of Kalinga that made him give up war to embrace Buddhism.
As the Emperor's mother, 30-year-old Pallavi Subhash, who has previously been seen in many popular television shows and historical dramas, will play an instrumental role in the development of Emperor Ashoka's character and personality as he participates in the politics of running an empire.
Confirming the news about being a part of Chakravartin Ashoka Samrat, Pallavi said, "The story on the life of Ashoka and his rise to becoming one of India's most powerful emperor's has been untold on television before and I eagerly look forward to portray the role of his mother Dharma in this epic venture. The promos look promising and I am excited yet little nervous to be a part of this show. I can't wait for all the action to start."