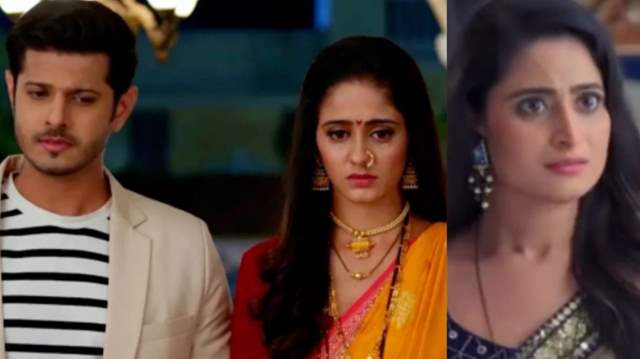 Star Plus show ‘Ghum Hai Kisikey Pyaar Meiin’ is getting quite interesting with each passing episode. The current track of the show revolves around Pakhi and Samrat moving on in life but Pakhi still seem to stuck at Virat while Sai fails to realize her love for Virat.

In the upcoming episode, Pakhi and Samrat get gifts for all the family members to wear on a pooja. Samrat hands over the gifts to them while Pakhi ends up at Virat’s room. She helps him wear a t-shirt. Virat thinks that it’s Sai. He thanks her and turns to get shocked seeing Pakhi in the room. Pakhi gives him gifts for himself and Sai. Virat tells her to give the gift to Sai. Sai sees them in the room. Virat states that he wouldn’t wear the same clothes for pooja. Sai also refuses to take the gift.

Virat tells Pakhi that she shouldn’t have got a gift for a person like Sai who is ungrateful. Sai recalls the time when Virat supported her. Sai asks Pakhi to not treat her like the family member as she is just an outsider.

Virat states that if she’s just an outsider than she shouldn’t have behaved like a close one and stop his transfer. Pakhi gets shocked learning the same.

Pakhi tells them that she is happy with her new life and doesn’t want any drama. Sai states that she is just acting to have moved on. Samrat overhears the conversation. Furthermore, Sai gets ready to go to college. Shivani asks her to skip the college for pooja, she refuses. Virat locks her inside the room. 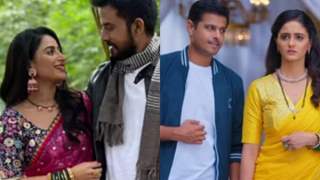 + 2
2 months ago Why are makers hellbent on destroying Virat? Why each time he's shown to be crossing limits and not Sai? Why do the makers want Sai to be sympathised and show her the victim? And, how come the makers forget that the male lead is an IPS officer for God's sake?

+ 4
2 months ago This show is crossing limits of toxicity... ML well less said the better.. THey can simply send Samrat back to orphanage , send Sai out of the CN...Get them divorced and show Virat's journey of his respect for his best friend turning into love... A marriage can survive without love but not without respect. And this man has always respected Pakhi irrespective of how vile she became..So why not just show Virakhi khule mei...Actors would also not mind the close scenes, since in any case its not working between Neil Bhatt and Ayesha Singh...