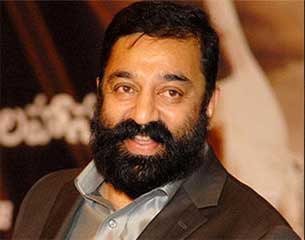 Actor-filmmaker Kamal Haasan, who was conferred with the Padma Bhushan award Saturday, said it was his "good fortune" to get chosen for the award.

The 59-year-old actor said he doesn't consider it an honour for his work, but as a driving force to continue doing good work.

"I don't consider this an honour for the work I have already done. This would be an impetus to do more good work. Perhaps only then would I deserve it. I think its sheer chance and my good fortune that I have been chosen," Haasan said in a statement.

"I hope that I live long to do more to deserve this award," he added.

Haasan has starred in over 200 films in multiple languages in over five decades. He is known for films such as "Moondram Pirai", "Nayagan", "Pushpak", "Virumaandi" and "Anbe Sivam".

He has won three National awards and 19 Filmfare awards. In 1990, he also received the Padma Shri.

exclusive
Exclusive Akanksha Puri on why it was important to leave Vighnaharta ...
43 minutes ago