When we are talking about getting deeply inspired, Bollywood has always been the biggest example repeatedly. From manipulating the script, the action sequences to the inspirational concept of bringing Sequels. No matter if it's a super hit or a blockbuster, the film makers are sure to think of a Sequel. Apparently, sequels are a sure-shot formula for cashing in the loyalty of the fans for that particular project. Some of the most anticipated films falling into this category are the Dhoom series, Krishh, OUATIM. Murder, Race, Aashiqui and many more. Some created records at the Box Office, whilst a few turned out to be a disaster. Bollywood has fewer original story writers. Even this year, many of the movies releasing are sequels to previous ones. However, for some of the upcoming sequels, we don't have any updates as of now. Therefore, this is an attempt to shortlist some of the movies we at BollyCurry would like to see a sequel to this year. 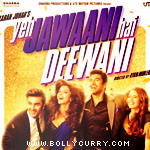 One of the top films of 2013 and one that tops our wish list is none other than Yeh Jawaani Hai Deewani. A romantic comedy of this age that stars ex beaus Ranbir Kapoor and Deepika Padukone in the lead along with the very talented Kalki Koechlin and Aditya Roy Kapoor. And what made it even more special? The fiery item song "Ghagra" which starred the ever graceful Madhuri Dixit Nene. Now who wouldn't want a sequel to this movie which was a huge box office success. 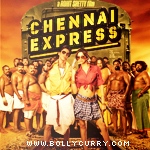 Rohit Shetty plans to take his train all the way to Punjab from Chennai. Confused? No worries, we will tell you. After the huge success of Chennai Express, Rohit Shetty is thinking of making a sequel named Punjab Express. The movie created magic with Deepika Padukone in her south indian avatar and SRK with his ever charming and witty persona. Nothing is finalized as of now but if we're lucky we might get to board Punjab Express very soon. Shah Rukh Khan and Deepika Padukone's "Lungi dance" became a super hit all over and it was topping the charts instantly. 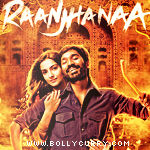 When the superstar of South Indian movies made his debut in Bollywood with Sonam Kapoor and Abhay Deol, the movie became a huge box office success. Raanjhanaa, a story line set on the banks of Varanasi involving caste discrimination issues came out to be epic. The viewers loved the movie to bits and the response was nothing less than fabulous. Dhanush succeeded in making a concrete fan base here in Bollywood while Sonam Kapoor and Abhay Deol stole hearts all over the nation and worldwide. The music of the movie was topping the charts for quite some time and the climax of the movie made everyone emotional. Directors if you are reading this, we are surely waiting for the Sequel of Raanjhanaa. 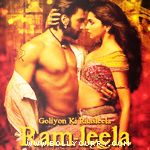 Adaptation of Shakespeare's epic tragic drama Romeo and Juliet by Sanjay Leela Bhansali came out to be a winner at the Box Office. Ranveer Singh and Deepika Paukone's sizzling hot chemistry created waves all over. The movie became a controversial project because of the title Ram-leela. The title had to be changed to Goliyon ki Raasleela Ram-leela to get released. The movie had an added attraction item song by the scintillating Priyanka Chopra dancing her best in "Ram chaahe Leela". Based on the response the movie got all over, the doubters need to check out whether the viewers would like to see a sequel or not. For us it's a definitely a Yes! 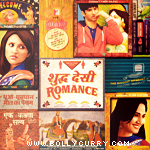 Shuddh Desi Romance featuring television superstar Sushant Singh Rajput, debutant Vaani Kapoor and the drama queen of Bollywood Parineeti Chopra as the protagonists. The film was a cute romantic comedy of the year, thus making it a favorite amongst the viewers and making the film a hit at the Box Office. The movie focused different type of relationships, like love marriages, arrange marriages and live-in relationships. The modern outlook to the present generation portrayed on-screen. The viewers would definitely like to see another tale featuring and expressing the very broad-minded youth of today.

And here we at BollyCurry put our pens down, having listed some of our favorite movies which released last year. It's your turn now; we would like to hear from our loyal BollyCurry readers, what are your thoughts on the movies mentioned and which movies would you like to see a sequel to?