New Delhi, Nov 5 (IANS) Born in Chennai in 1941, Pete Best, the original drummer of The Beatles, has been living in Liverpool from 1945, but the musician still has an Indian connect and loves to gorge on biryani.

Best, who was one of the founding members of the band that originated in Liverpool, is familiar with Indian food since his mother Mona Best was born here.

'Though we left for Liverpool in 1945 and have been living there ever since, we have been brought up on Indian food because my mother was born in this country.

'I love biryani, although chicken curry and pulao rice are also my favourites. I love Indian dishes,' Best told IANS in an interview during a visit here.

The 67-year-old, who is in India for the first time after leaving in 1945, said it is fantastic to be back after so many years and especially in Delhi, where his mother was born.

'It's fantastic to be in a country where I was born, but what's more fantastic is that I'm back in Delhi, where my mother was born. She talked about Delhi for many, many years and I wish she were still alive. The fact that I'm here after so many years and got to perform here is beyond my dreams.'

The drummer was in the city to perform with the Pete Best Band to support the 'Visit Britain' initiative to promote Liverpool as a tourist destination.

So isn't he planning to go to his birth place, Chennai?

'Not on this trip because we don't have enough time. We have to go back to Liverpool and then leave for Brazil and Argentina. It's in my agenda. So next time I visit India, Chennai will be my number one stop,' said Best.

He joined The Beatles as their drummer in 1960 one day before they were to go to Hamburg to play a season of concerts. He was dismissed from the group two years later and was replaced by Ringo Starr. He later worked as a civil servant for 20 years, before starting The Pete Best Band in 1988.

Asked for the reason for his exit from the band that later went on to become a legend, the drummer said that even after so many years, he still doesn't know.

'I wish I knew the reason. All the silly reasons were put forth, they never made any sense. So basically I myself don't know what the real reason was. Some people say that because I was getting popular, that triggered it all, but people have their own versions,' explained Best, who lost touch with the other members, John Lennon, Paul McCartney and George Harrison thereafter.

'I have stopped worrying about it for many years now. You have to move on in life and as long as people give me that respect in spite of knowing that I was kicked out, I am happy,' he added.

Best is happy that he is known not as just another of The Beatles but for his own band, with which he launched his album Haymans Green last year.

'From my point of view, my one-time association with The Beatles works to get people interested initially in our band. Then you move on and you start to perform in your own ways.

'It's nice to be associated with the biggest band in history, but it's also nice when people turn around and say 'So you are Pete Best from the Pete Best band'.' 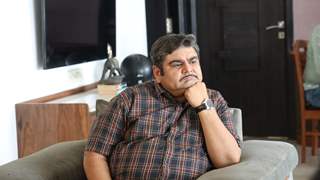