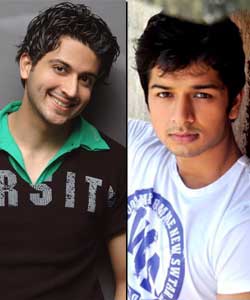 It was Buzzing Hot news on TellyBuzz about the return of Additi Gupta to television with the upcoming show on Star Desh produced by Optimystix. Today we bring some more details about the show with its confirmed title.

A source says, "The show will be titled 'Zindagi Kahey; Smile Please'. The show will bring in the concept of 'money is not everything' with the help of two families. The story will show that trust, love and care are the important factors for a happy life."

Another source reveals about the cast of the show, "The show will have Fahad Ali (Fame Balika Vadhu) and Dheeraj Dhoopar as the leads opposite Additi Gupta and the track will focus on the love triangle between the three."

TellyBuzz contacted Dheeraj Dhoopar and he said, "I have been approached for the show, but there are other projects also in the pipeline. Nothing has been confirmed yet."

+ 5
9 years ago What is Fahad Ali's name on the serial? (Zindagi Kahe Smile PLease) I don't know. Someone says ki his name is Limit or Nimit or Mohan or Dheeraj??????

MINIPA 9 years ago Additi Gupta:
AG we love Harmony :D Love the show so far. It's going great !
All the bes for ZKSP team :))))

9 years ago Additi gupta love you waiting for your comeback

+ 3
9 years ago Additi Gupta really excited for the show
Al the best for the whole team!

9 years ago All d best AG! Keep rocking! You deserve every success!

11fool 9 years ago Additi gupta u rock! all the best for your show. love u n keep smiling :)