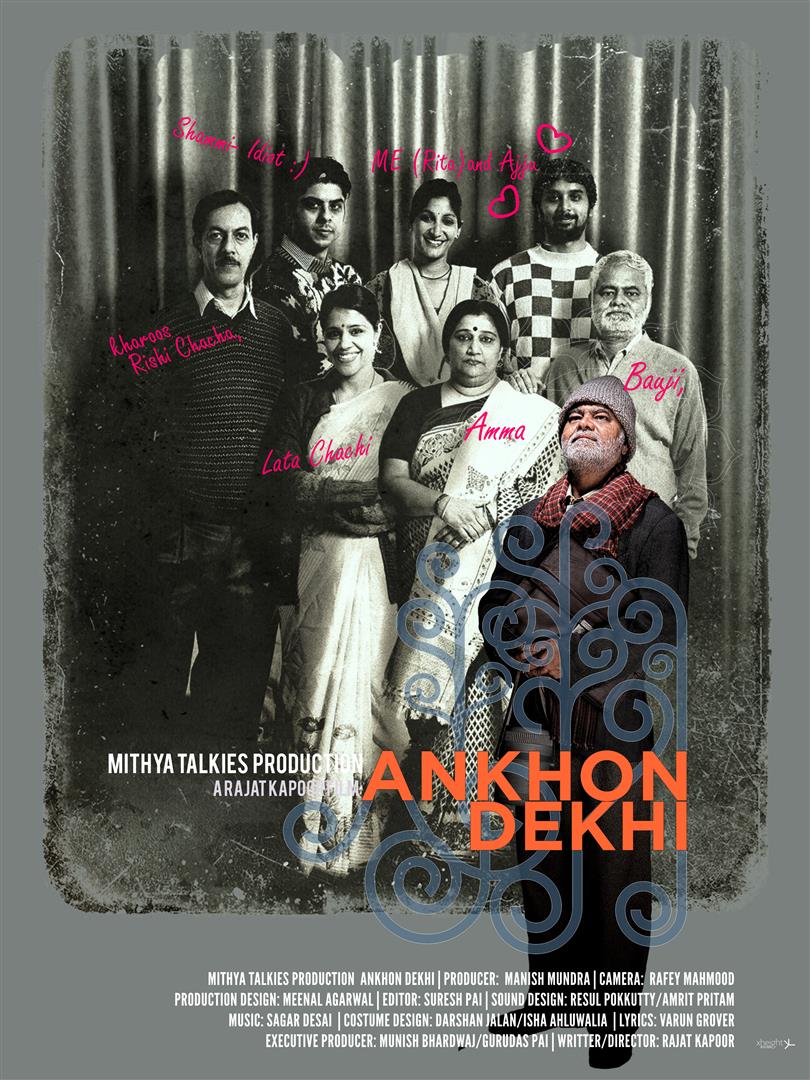 Rajat Kapoor's Ankhon Dekhi has earned umpteenth accolades. The film has been loved by the critics as well as audiences.

It is a humorous film about a man's journey. A unique story of a man's experience set in lower middle class in Delhi. The subject of the film is novel. It is a film which entertains you and compels you to think at the same time.

The film features Sanjay Mishra in the lead role and his performance has been highly appreciated. The film has an interesting cast with talented actors like Seema Pahwa, Taranjit, Maya Sarao, Namit Das, Brijendra Kala to name a few. Rajat who has written, directed and acted in the film has been received a fantastic response from the industry as well.

His twitter has been a buzz and he has been receiving calls for indept feedback from opinion makers and friends from the industry.

It has been a fantastic weekend for the film with shows growing in cinema.