Bangalore, Nov 2 (IANS) In an unprecedented move, the Karnataka Film Chamber of Commerce (KFCC) has decided to ban actor Vijay from all film-related activities for a year.

The ban came into effect Nov 1 as the actor violated 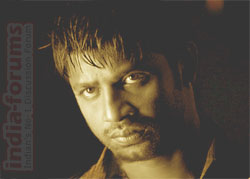 Featured Video
KFCC's decision in a dispute between him and director S. Narayan over the dubbing of 'Chanda'. The chamber had directed Vijay to complete the dubbing but he had refused alleging that Narayan had promised him that 'Chanda' would be released six weeks after the release of another film titled 'Yuga'.

However, Narayan denied that he had made any such promise. The director also said that he wanted to release 'Chanda' Nov 15, with or without the dubbing of Vijay's voice.

The dispute had spilled out on to the streets, with Vijay's fans blocking roads some time ago.

After the KFCC decision, Vijay will not be able to work in the four films he had signed for top-line producers like Rockline Venkatesh and Ravi Belagere who have already paid him an advance.