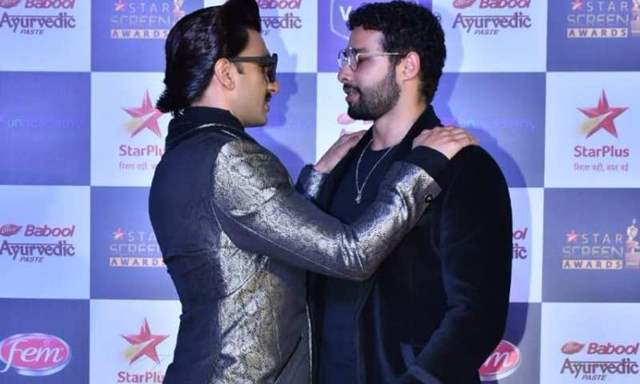 The 'Silent find of the Year' Siddhant Chaturvedi has a busy year ahead with a line up of various big-budgeted movies, the actor was recently part of a panel discussion where he opened up about how he prepared for his role as MC Sher in Gully Boy and what he works on while preparing for any role.

The actor shared the two most important things that he focuses on when preparing for any role, he shared, "I’m an actor who focuses on two things which is voice and body language" he further went on to talk about how he prepared to essay the role of MC Sher and added, "Somehow I cracked the voice, for the body language Ranveer advised, because he was losing weight and I was like I need to gain weight to look big and then there’s the way you sit, you walk. So Zoya was like Sher Sher Sher Sher workshop, one and only because I was locked 25 days before the shoot, in that workshop I asked Zoya, I said Zoya I have this one question, I know it’s silly but I don’t know, is it a lion or is it a tiger and she’s like, it’s a lion."

An interesting fact to be noted that in a previous interview, Gully Boy director Zoya Akhtar mentioned this same situation and said that when Siddhant asked her the question, that was the moment she knew she found her MC Sher.

Siddhant further went on to add, "So I went back home turned on Nat Geo and started watching documentaries on lions. And I was just binge-watching all these documentaries, and that’s what I tried to you know, reflect in my character. He’s (Mc Sher) big, He’s broad but there’s a certain war you know because he’s the King. But tigers are different, they’re always looking for a prey, they hunt all the time but lions only hunt when they’re hungry and they are lazy and that’s how I lived you know, I(Mc Sher) used to eat, sleep, lift, rap, that’s it and that was my lifestyle."

In previous interviews, Siddhant has often mentioned that he wants to experiment with characters and make sure not two characters are the same. Having a happy year, Siddhant bagged the titles of "Breakthrough Actor of the year", "Fresh Face of the year", "Most Promising Newcomer" and "New Comer of the year" in 2019 and has a lot more to look forward to.

On the work front, Siddhant will next be seen in Bunty Aur Babli 2 followed by Shakun Batra's untitled next alongside Deepika Padukone and Ananya Panday.

exclusive
Exclusive Daya Shanker Pandey on What Excites Him Even After Two ...
17 hours ago
View More
TOP