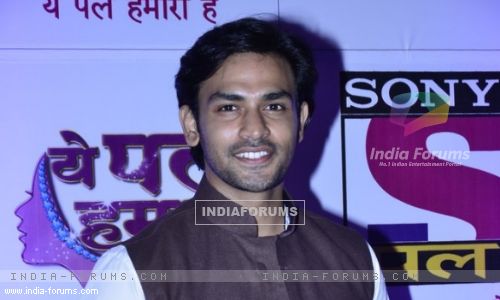 It is Sunday yet again and we are back again with our Sunday soft story. Today we have the first audition of a very talented and good looking actor Naman Shaw who shares his fond memories of his first audition and the journey so far in this candid chat with TellyBuzz. The actor is currently seen in Sony Pal's Khushiyon Ki Gullakh Aashi. Read On and Have Fun!!

In a gist, tell us about your first audition...

I was lucky that I did not have to go through casting couch (laughs aloud). My first audition was very smooth. I went for an audition for a show on Star One named Orange County which was produced by Ekta Kapoor. I was finalized for that show but the show did not happen. Later, I was told that Ekta has finalized me for another show 'Kasam Se' on Zee TV. Zee TV was a big channel back then and I was extremely happy to be a part of that show under Balaji Telefulms' banner. Actors like Ram Kapoor, Ashwini Kalsekar, Prachi Desai, Roshni Chopra were a part of that show. It was so much to learn from them.

Now when you look back at your first audition, what do you remember?

I just remember I had worn a yellow color T-shirt and blue color jeans. I went for an audition so randomly and back then I had absolutely no clue that I would get selected for the show. I gave the auditions and went back home to Kolkata for my brother's marriage. Just the next day after his wedding, I got a call from Balaji saying I have been finalized for the show. My father was really happy and he was like my bhabhi is very luck for our house and family. My bhabhi was very lucky for me I guess.

After your first audition, did you audition ever next or it was your work that brought you another show?

For every show we definitely go for a look test for the character which they want you to play. So yes look test keep happening; it is just a never ending journey. Once one show is over, you are back again to square one.

Well Naman Shaw, you have definitely come a long way!!

PrinceASRsDhani 6 years ago Remember him from kasamh days, oh lord I was a craziest fan of the show...Naman was one of my favourite! I hope to see him once again in a new show!

Shaina_b 6 years ago Naman is a very good actor!!!!

I loved his pair with Kritika Sengar in KSBKBT and KZK!!!!

SritiFan 6 years ago You are a brilliant actor Naman,
Good luck with everything you do, hope you get all the success you deserve:)

tomnjerry2 9 years ago this is gonna be a good movie !!

insia0092 9 years ago all the best imran!
waiting to see u and anushka together
u both will make a cute pair

they make a lovely pair

-Hoor- 9 years ago Yaaay, IK nd Anu are a great couple. Cant wait for the movie to go on floors :D