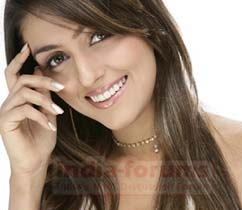 Aarti Chabbria is not just riding high on the success of her back-to-back box-office hits Shootout at Lokhandwala, Partner, in which she made a special appearance, and Kannada film Santha. Ever since the actress rode an Activa in Goa while shooting for her film, she has been raring to lay her hands on the two-wheeler again. In fact, she even has her eyes set on bigger, meaner bikes like Pulsar, Harley Davidson and Haybusa. Says the actress: "I know these big bikes are heavier, but I know if I put my mind to it or maybe get a good guide, I'll be riding soon." Now that's what we call need for speed.