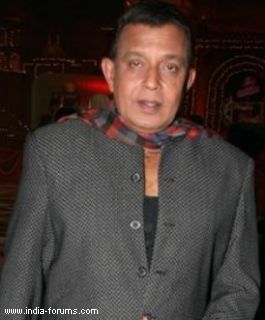 Mumbai, Oct 19 Three-time national award winning actor Mithun Chakraborty says it is important for him to work in off-beat films because this keeps him grounded.

'Such films (off-beat films) pull you down from stardom to the ground and makes you feel human, and that is what brings me to such films,' Mithun, who plays the lead role in Bengali film 'Nobel Chor', Wednesday said at an event at the ongoing 13th Mumbai Film Festival (MFF).

'I have been doing such films, so there is nothing about it,' said the actor who has successfully straddled both the worlds - commercial cinema and art house cinema. He won his first national award for 'Mrigayaa' and he got the prestigious honour for 'Tahader Katha' and 'Swami Vivekananda'.

'Nobel Chor', which had its first world premiere at the 16th Busan International Film Festival and was an official selection for screening at the 55th BFI London Film Festival, has also been screened in the Indian Frame section at the MFF, a Reliance Entertainment initiative. It is organised by MAMI.

In 2004, Rabindranath Tagore's Nobel prize medallion was stolen from Bichitra, the Tagore museum in Shantiniketan and director Suman Ghosh's film shows what happens when someone stumbles upon the medal.

In the film, Mithun's character Bhanu finds a Nobel medal and decides to sell it.

Ghosh said he wrote the script with Mithun in mind and 'I had the courage to approach him and from then on it has been an incredible journey of co-operation from Mithunda.'

This is his third directorial venture after 'Podokkhep' for which Soumitra Chatterjee won the national award. Ghosh's second film was 'Dwando', which talked about one of the tenets from the Ten Commandments.

Producer Ashwini Kumar Sharma says that box office business is important but bringing such stories to business is equally important.

'Art house films also do good business at the box office. I am planning to release the film some time in December,' he said.

Mithun Chakraborty Collapses on sets of 'The Kashmir Files'; complains ...