View Profile
If you're SRK, you sure know how to win hearts!


In the latest from him, Shah Rukh seeks suggestions from his 6 lac twitter followers for fresh story line ideas. He tweets,


" thanx for half a dozen lakh followers. now that we have known each other for 6 months too, lets exchange a few ideas for better films." 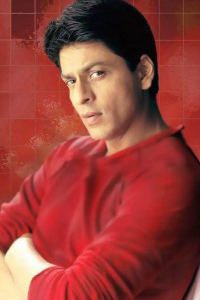 Not unexpectedly, the opportunity for such open discussion brought on an overwhelming response within minutes. Not only was King Khan mighty pleased, but also equally prompt in replying,


As the discussion progressively gained ground and exponentially gained participation, SRK got actively involved in expressing his own opinions on the subject, admitting that it was not the predictable plots, but the hackneyed screenplays which gave a stale feel to movies. Additionally, the actor mentioned his dissatisfaction with clarity and distinction of subtitles.


When few many suggestions for the making of more biopics were encountered in the fans' response, SRK shared,


"i am also one for biopics...not only of very famous ppl...but of lesser known ppl who have interesting stories to share."


Overall, the interaction sure opened a coveted vista for thousands of fans online to chip in their two cents on the King's asking itself, while giving SRK much food for thought to ponder over for newer projects to come.


Conclusively, for the humble man he is, Shah Rukh did not forget to acknowledge the eager input from his fans.


"also thanks all for ur feedback on films & wot (what) they should be like. very educative...read all the tweets & will keep the points in mind."


We say dear Mr. Khan has his ways to meet his loyal fans half way... and if you have a dream role carved out in your mind just for him, shoot him a tweet right away!