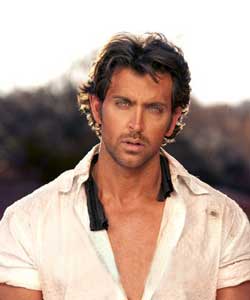 Heartthrob Hrithik Roshan is the next Bollywood celebrity to have his wax statue installed in the famous Madame Tussauds wax museum in London.

After Amitabh Bachchan, Salman Khan, Shah Rukh Khan and Aishwarya Rai, Hrithik has reserved a spot for himself at the famous museum.

Hrithik's statue will be installed in early 2011.

'We began our association with the world-famous Madame Tussauds museum in 2000 when at the inaugural International Indian Film Academy (IIFA) awards in 2000 at the Millennium Dome, Amitabh Bachchan was announced as the first ever Indian film star to be honoured in wax,' Andre Timmins, one of the directors of Wizcraft, told IANS.

'Then followed a string of select Indian stars and we are very pleased that Hrithik Roshan now joins this esteemed waxed league, within a decade of entering the film industry.'