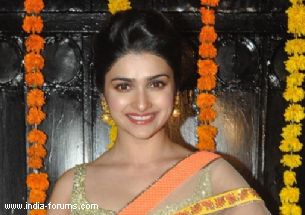 With heroine-centric films like "Gulaab Gang" and "Queen" getting a good response at the box office, actress Prachi Desai says it's a great time for all female actors as they are free to choose the kind of films and roles they wish to do.

"For all the female actors, it's a very good phase because today you don't have to worry about a project that you really like," the actress told reporters here at the unveiling of clothing brand Central's spring summer collection Sunday.

"Maybe at any other point and time, the girls would have thought twice before taking up a project, but today I guess you can do just what you like," she added.

Prachi, who rose to fame with her small screen stint, made her Bollywood debut in 2008 with "Rock On!!".

Hathras case: Kangana Ranaut says 'Have immense faith In UP ...
43 minutes ago