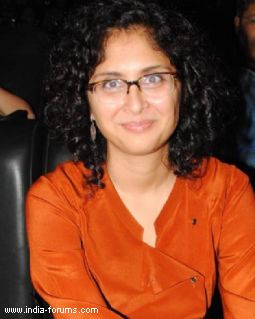 Mumbai, Oct 21 'Delhi Belly' may have been a success, but filmmaker Kiran Rao says she is not penning down the script of a sequel.

The film ended with Imran's uncle and Rao's husband, actor-producer Aamir Khan, in an item boy avatar in the song 'I hate you like I love you'. At the end of the song, the banner of a new project 'Disco Fighter', which will be directed by Rao, flashed on the screen.

Grapevine had it that the movie would be a sequel to 'Delhi Belly'. But Rao has put the speculations to rest.

The 'Dhobi Ghat' director feels making a sequel to every film is not necessary.

'I guess if you have a good script as your sequel, it makes sense. But I don't think there is any point in making a sequel just because the first one's a success. Doesn't make sense,' she added.

'Delhi Belly' grossed over Rs.26 crore in its opening weekend.