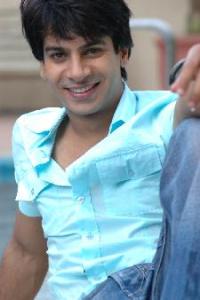 Though Shamaldas (Manoj Mishra) looks like the prime suspect in Jigna's death but the buzz has come to us that the actual culprit for Jigna's death is someone else from the family and not the poor Shamladas, who is time and again trying to prove his innocence.

A source says, "Though police had got some major clues that points Shamaldas to be the murderer, soon the show will take a 360 turn which will prove Shamaldas as innocent and will unveil the actual face of the culprit , who apparently none other than Karan (Karan Mehra)."

"In the coming episodes, Karan will be shown turning as a bad guy. Though the shoot for the track has not commenced, Karan is the one who is the actual guilty party behind Jigna's death. And that might be the reason why Aakashi (Adaa Khan) is still standing by her husband Shamaldas as she is firm about him being innocent. So in the coming track, Karan will be hold guilty," adds source.

When contacted Karan aka Karan Mehra, he says, "I don't know exactly who the culprit is but one thing is for sure that I am turning bad boy in the show. I can't say anything more on this track."

Keep glued to this space to know more on the track!

+ 3
10 years ago ohh i feelbad for smriti..i gues after this track teyr probably gonna reveal to the others that aastha is smriti nd then the questions will be whos gonna be mihir's wife??..anyways i like this show..i started watching nd got hooked to it..they have gud storyline nd suspense...my fav is aakashi..the most beautiful girl on tv rite now=D

10 years ago i hate creatives for making karan bad...

10 years ago I hate to see this rubbish serial. This is one of the worst serial in the world, just waste of time.

+ 8
10 years ago I hate that Karan has turned negative but I am loving this track!! So much suspense!!

seriously why do they have to turn him negative for Purva and Mihir to know that Smriti is alive and why can they tuen that useless Aakashi Ex-lover as the killer?


come on creative don't do this cos I really like Karan with Smriti.

the only male that I don't like in the show is Mihir and Aakashi Ex, so u can turn this two negative but please leave Karan and Shamaldas alone they are the best and so is their pairs with their wives.

+ 3
10 years ago As karan is turnin negative,now they will mess up the story by love triangle of Purva-Mihir-Smriti.
Fed up of these kind of stories.

10 years ago I liked Karan-Smriti jodi. Would hate to see Karan turning negative