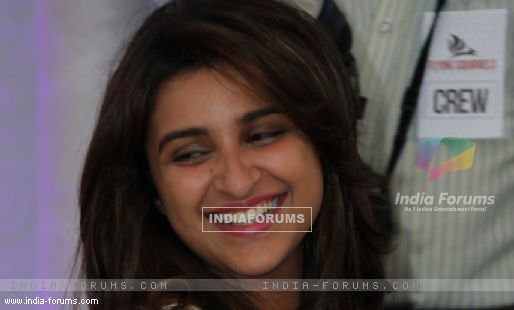 The release date of "Daawat-e-Ishq" has been shifted to Sep 19 from Sep 5 and the film's lead actress Parineeti Chopra clarifies that she is not responsible for the change.

"This is the producer's decision, Adi's (Aditya Chopra) decision. The marketing team at Yash Raj Films came up with a brilliant marketing idea and they needed time to execute it," the 25-year-old said here Tuesday at a Whisper event.

"A Sep 5 release was very early and even a week's delay didn't leave us enough time for the promotional strategy. So, we pushed it ahead by two weeks," she added.

There were reports that Parineeti wanted to avert a clash with her sister Priyanka Chopra's film "Mary Kom", which is set for a Sep 5 release.

"Why would I tell Adi and why would he listen to me? I don't have that kind of power and it's absolutely ridiculous," Parineeti said and added Priyanka is a senior actress and there cannot be any competition between them.