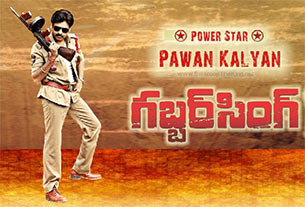 Telugu romantic-drama "Pilla Nuvvu Leni Jeevitham" is titled after a song of the same name from Pawan Kalyan-starrer blockbuster "Gabbar Singh", but its makers confirm that it's not a publicity stunt.

"Pilla Nuvvu Leni Jeevitham" is one of the chartbuster tracks from "Gabbar Singh", which had music by Devi Sri Prasad.

"We are not cashing in on the popularity of the song or Pawan Kalyan. Post the release of 'Gabbar Singh', composer Devi Sri Prasad asked me register this title and I humbly obliged. When director Ravikumar was searching for a title for his film, I asked him to use this title," producer Dil Raju, who is jointly presenting this film with Allu Aravind, told IANS.

"In fact, this wasn't the only title we had in mind. We had four other titles and we took a poll to zero in on this particular title. Moreover, I felt the story and the title went hand in hand, and therefore, it made sense to stick to it," he added.

The film features Sai Dharam Tej, nephew of Pawan Kalyan, in the lead alongside Regina Cassandra. Ravikumar Chowdary will helm the project, slated to go on floors soon.