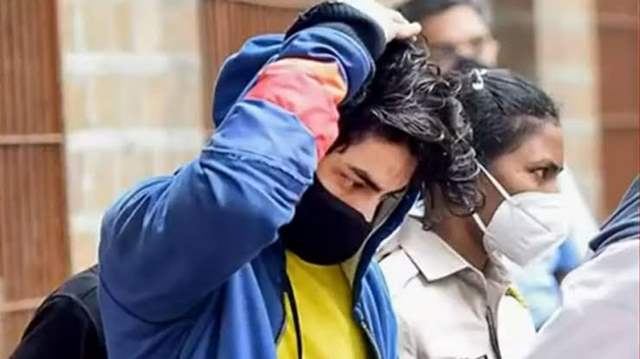 Aryan Khan’s bail plea was rejected by a special NDPS court on October 20 and the star son will continue to be lodged at the Arthur Road Jail.

Aaj Tak spoke to an inmate from Arthur Road Jail who shared a barrack with Aryan Khan, and he revealed that Shah Rukh Khan’s son received no special treatment.

Shravan Nadar told the channel that he shared the same barrack as Aryan and witnessed him cry too.

He also stated that Aryan had to eat regular food, biscuits and could buy food from the canteen with the money he received from his family.

The officials confirmed that no outside or home food is given to Aryan and only jail food is served.

Aryan is currently lodged in barrack number 1 with other accused who were arrested in this drugs-on-cruise case.

Soon after his bail was rejected, Aryan’s legal team plunged into action and moved to the High Court against the bail rejection order.

Aryan’s bail appeal is scheduled to be heard today by the Bombay High Court.

His plea will now be heard by Bombay high court around 10:30 am, a day after a Mumbai special court denied Shah Rukh Khan’s son bail in the drugs case filed by the Narcotics Control Bureau.

It is likely to be mentioned before Justice NW Sambre seeking urgent hearing,

Meanwhile, as COVID-19 restrictions were lifted and physical meetings were allowed in jail, Shah Rukh Khan stepped out to meet his son.

On Thursday morning, the superstar was spotted outside Arthur Road Jail and after a brief meeting with Aryan, the actor returned to Mannat.

The NCB had earlier argued in court that Aryan was not new to drugs, though no drug was found on him.

The drugs found on Aryan Khan’s friend Arbaaz Merchant were for Aryan and Arbaaz’s personal consumption.

After the court rejected Aryan Khan’s bail plea yesterday the star son’s legal team was quick to move HC against the order.