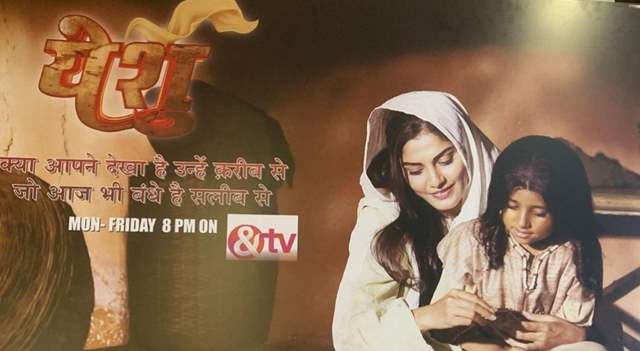 The troubled times of COVID-19 has led to many shocking instances of an array of shows going off-air rather abruptly. While some shows literally went off-air in the mid of a lockdown last year, some other shows have seen small innings lately and going off-air much sooner than expected.

We recently saw the likes of a show like Kuch Toh Hai (Naagin's spinoff) going off-air in less than two months and now another show is shockingly being shut down and that is Yeshu.

The show depicted the story of Lord Jesus Christ where the first episode of the show went on-air on 22nd December 2020. However, after a small innings, the show is pulling the plug and will be off from the channel by the end of April 2021.

Talking about it with ETimes TV, lead actor Sonali Nikam said, "There’s no specific reason. It’s just that we have a lot of small kids on this show and due to the COVID-19 situation, the reason is better known to the producers." She informed that the cast and the crew was given a heads up about this situation beforehand. "We were told about 10-15 days ago about Yeshu going off-air."

She further added, "When you enjoy your role, it doesn’t feel good if the show just shuts. It was shocking for everybody and for the audience too it is going to be very shocking because after the last episode, people are going to ask everyone what happened. Neither did we nor our audience have been expecting this at all. Fans are asking random questions to us even now, be it for my character or the storyline."

Concluding she said, "It was a beautiful experience. This is my first show for which I travelled to Naigaon but it never felt like I was travelling so far only to shoot. The whole team - directors, producers, creatives, spot 'dadas', makeup-hair artists, they are all such good human beings and equally amazing at their craft too. It was a very good experience working with all of them."

We are sure the fans would miss the show just as much.