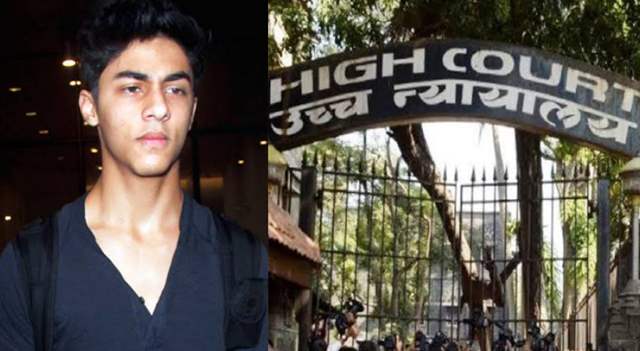 A single-judge bench of Justice Sambre of the Bombay High Court is hearing the bail pleas of Aryan Khan, Arbaaz Merchantt and Munmum Dhamecha.

The court will resume the hearing on their bail pleas at 2.30 pm on Thursday.

Aryan Khan's lawyer, Mukul Rohatgi requests the HC to go through the arrest memo again as he points out that at the time of Aryan Khan's arrest "there were no charges of conspiracy".

Senior advocate Rohatgi tells HC that seeing the remand application was "misleading" as if to make one feel that the large quantities mentioned in that were recovered from his client Aryan Khan.

During the hearing in the high court today, Arbaaz Merchantt's lawyer Amit Desai said that the arrests of Aryan, Arbaaz and Munmum were illegal.

After the hearing which went on for over two hours, Justice Sambre said he would hear Additional Solicitor General Anil Singh, who is representing the Narcotics Control Bureau (NCB), on Thursday.

Incidentally, the Bombay High Court has three days to decide on Aryan Khan's bail plea before it shuts for the Diwali break.

If no bail is granted to Aryan Khan before that, he will have to stay in jail till November 15.

Aryan Khan, 23, was arrested on October 3 along with several others during a raid by the Narcotics Control Bureau (NCB) on Cordelia Cruises' Empress ship off the Mumbai coast.

His bail application was earlier rejected by both the magistrate court and the special NDPS court.