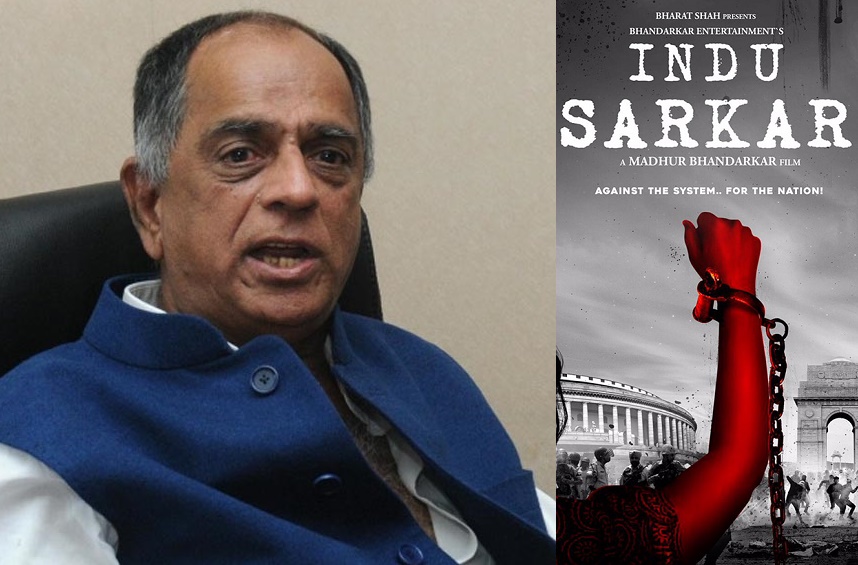 While the makers of a film on Prime Minister Manmohan Singh would be asked to get a no objection certificate (NOC) from the man himself, filmmaker Madhur Bhandarkar can heave a sigh of relief for "Indu Sarkar" -- a film on Indira Gandhi-declared Emergency.

"Indu Sarkar" won't have to get an NOC from anyone in the Congress or the Gandhi family, says censor board chairman Pahlaj Nihalani, who is thrilled to see the Emergency being slammed in the film's trailer.

Nihalani said: "I saw Madhur's trailer, and I want to congratulate him for blowing the lid off one one of the most shameful chapters of Indian politics. This was a time when the nation was put in the most embarrassing spotlight in the global arena. Many of our biggest leaders had to go to jail during the Emergency. Indian people's morale had hit rock-bottom."

But what happened to the rule that says no film about real incidents and situations can be passed without NOCs from the concerned people?

Nihalani said: "'Indu Sarkar' does not name anyone. There is no mention of Mrs Indira Gandhi or Sanjay Gandhi or anyone else in the trailer. You are only presuming the film is about the people you mention because of the physical resemblance."

"I didn't hear anyone's name mentioned in the trailer. If they are mentioned in the film, we'll see. At the moment, I am glad someone has made a film on the Emergency. It is a 'kaala dhabba' (black spot) in our political history."

Rishina Kandhari talks about resumes shooting, her perfect ...
13 minutes ago

Ye Rishta Kya Kehlata Hai: Kartik to take care of his ...
24 minutes ago

Sushant Singh Rajput fans gear up for a second round of ...
24 minutes ago

Sushant’s Brother-in-law Messaged, ‘Please Keep My Wife Away ...
34 minutes ago

Tinaa Dattaa to make her digital debut with 'Naxal'!
48 minutes ago