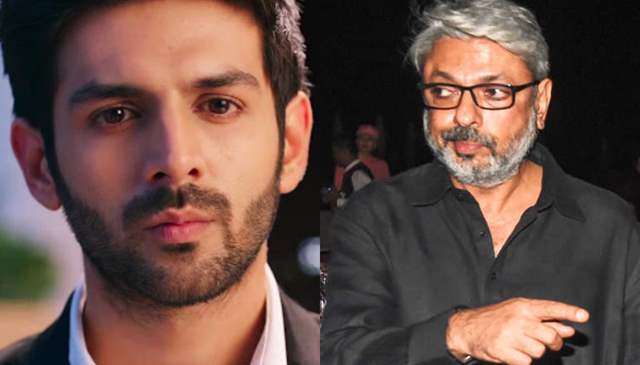 Recently, media was abuzz with stories of Kartik Aaryan bagging his dream project. Reports about filmmaker Sanjay Leela Bhansali signing the actor for his web-series Heera Mandi was making rounds.

However, it seems all those reports and stories were nothing but a mere conjecture and that there is no truth to them.

A source close to the project has dismissed all the reports calling it completely fake and has also revealed that Kartik Aaryan is not a part of Sanjay Leela Bhansali's upcoming project, i.e. his web-series 'Heera Mandi' because the filmmaker does not want to cast any male actor so far. He is just focusing on his female cast as the story revolves around the lives of interesting women and he believes in investing his time in searching for the right faces for the female protagonists.

The source has been quoted by SpotboyE informing,

No male actor has been cast in Heera Mandi as yet. The plot of Heera Mandi revolves around a gallery of interesting women from different generations in a brothel. It is important for Sanjay Bhansali to find the right faces for every female protagonist in Heera Mandi.

As  for the men, they will just have to wait. As per an earlier report Sanjay Leela Bhansali is himself casting for this ambitious project based on Lahore's (in)famous Heera Mandi. He has big plans for the movie and wants no compromises.

It was also reported that Bhansali would be collaborating with Ismail Darbar for the music of the film. The two had last worked together in Devdas. If they do end up collaborating, they will be doing so after 19 long years.