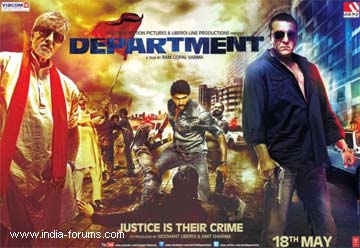 The makers of upcoming film "Department" have rubbished reports that the film's release has been delayed due to pending shoots.

According to reports, the climax of the film has to be reshot, while a song featuring Sanjay Dutt also remains to be filmed.

"The reported facts are baseless and false. 'Department' will release across all theatres May 18 as scheduled," said a statement from the production house Viacom18.